No Such Thing As A Free Lunch 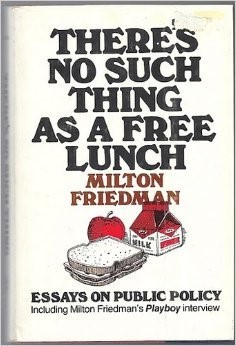 The theme for the 2021 political and economic landscape in the United States is “stimulus”, but at what cost? Over $4 trillion of economic stimulus has been approved and pumped into the economy thus far, and even more could be on the way. To truly understand the impact on the economy, and have a clear picture of what we can expect, we must look through the eyes of an economist.

On one hand, economists have praised the swift action of the federal government to help stave off the greatest economic collapse in our country’s history. This perspective looks heavily on the risk reward of two possible outcomes – do nothing and let the economy naturally work through the issues, or support the failing industries, businesses and people in order to provide a lifeline till the world re-opens. Most economists would agree that letting the economy run its course would have unfathomable consequences and an unpredictable timeline.

On the other side of the fence, economists have evaluated the government intervention in our economy as a hindrance to its long-term growth. While a short-term influx of capital will help many people and businesses avoid bankruptcy, the long-term cost results in slow productivity growth and rising wealth inequalities. The businesses and people that benefit the most from these stimulus packages will continue to be the largest and wealthiest of the bunch, no matter who the “target” market is.

In any case, stimulus has found its way into the economy. Historically the US government has funded their spending habits through taxing its residents, leaving most of the “bills” on the shoulders of everyday people, particularly the top 20% of earners.

With the lion’s share of government spending historically coming from the individual tax payers, odds are individuals will be picking up the tab on the most recent federal spending for years to come. Marginal tax rates have been a political bargaining chip for as long as it has been around, and the previous administration worked on Federal Tax Reform as one of its cornerstones for getting elected. Former President Donald Trump successfully passed his tax reform while in office, reducing U.S. tax revenue an estimated $1.5 trillion dollars over a 10-year period. Little did he and his administration know a global pandemic would rock the world and the fiscal stability of our country.

According to President Biden, more stimulus could be on the way in the form of an infrastructure bill with a $1.9 trillion dollar price tag, bringing our total stimulus count to nearly $6 trillion dollars, just north of 20% of the United States GDP. Along with his plan for spending it, is a proposal to begin figuring out payment including: increasing marginal tax rates, corporate tax rates, and wealth taxes just to name a few.

Increasing taxes across the board may not be enough to prevent the national debt from sky-rocketing over the next 30 years, as economists estimate the federal debt as a percentage of GDP to double by 2050.

The moral of the story here can be summed up with a phrase many people are familiar with, “There is no such thing as a free lunch.” As we continue to emerge from the most challenging human catastrophes of the modern era, the COVID-19 Pandemic, it is imperative that we plan accordingly. There has never been a more pressing time in history for businesses and individuals alike to emphasize financial planning and strategic tax planning. We may not know exactly how the government’s plans will play out over the next few years, but we do know that the economy rests on the shoulders of each and every one of us. It is time to start planning for the future we will all be paying for.

Your go-to place when starting your new business!